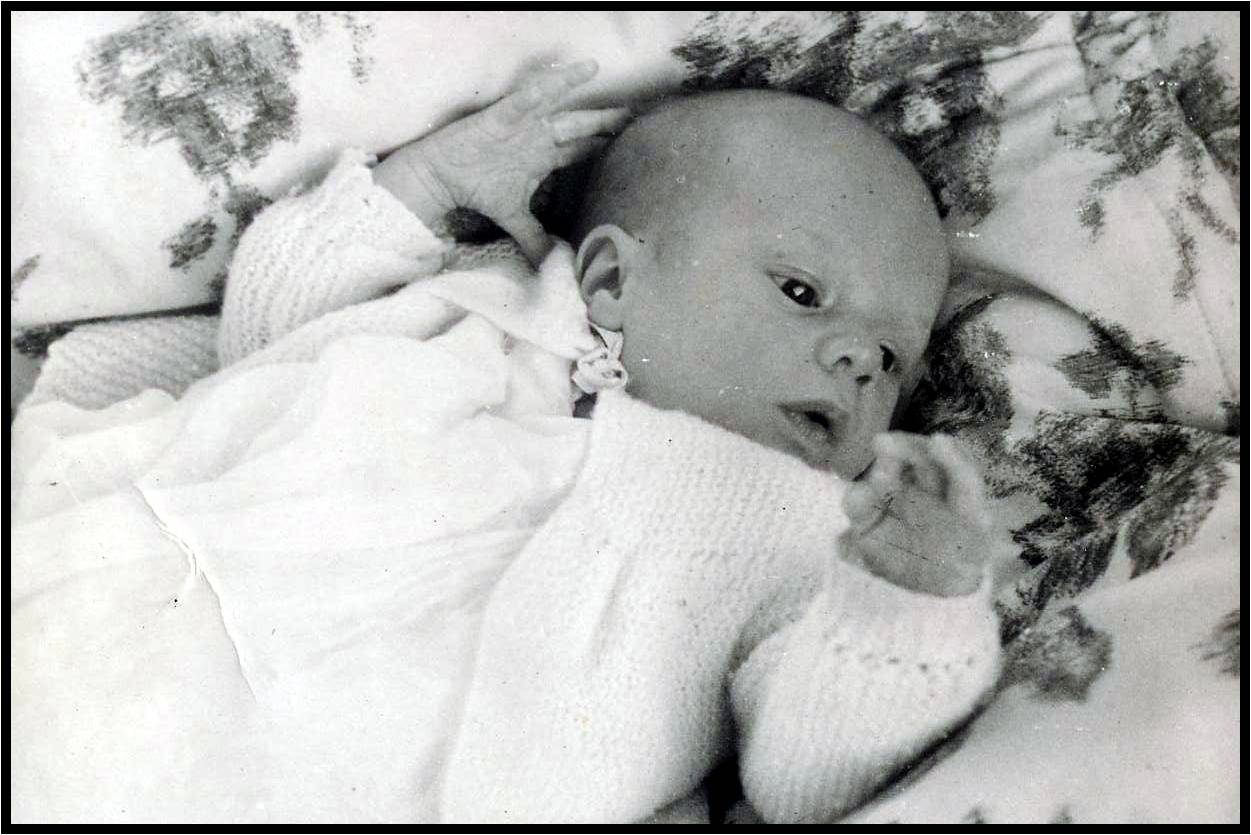 Our younger brother, Ian George Hunt, was born on the 31st July 1953 and died 8 weeks later on the 24th September. They called it a “cot death” in those days. Today it’s called Sudden Infant Death Syndrome. Whatever you call it, it knocked Mum about terribly. Some of the relatives said that Mum changed when she got married. That she “settled down” a bit. But, for sure, Ian’s birth and death took the wind right out of her sails.

Mum’s own life had been in the balance as Ian was born. Her blood pressure shot up through the roof and she lapsed into a coma for three critical days. Mum remembered one of the nurses saying she would pull through because they had never lost a mother before, and they weren’t about to start. She said she didn’t want to disappoint them! But something happened during those three days in limbo. It was a near death experience that affected Mum’s whole personality. She had to work to recover a lot of ordinary abilities. She couldn’t make simple decisions like what to have for dinner and would pace the back yard for hours worrying about it. She couldn’t catch the bus up to Parramatta to shop. She lost her sense of taste.

As children, we hardly noticed any of this, partly because we were dispatched for along holiday with our grandparents and the lovely Aunty Lois. But, with the benefit of hindsight we see that 1953 was Mum’s annus horribilus, her most horrible year. Slowly, she worked herself back into life and living. Her humour and sense of fun returned. Diminished perhaps, but not destroyed.