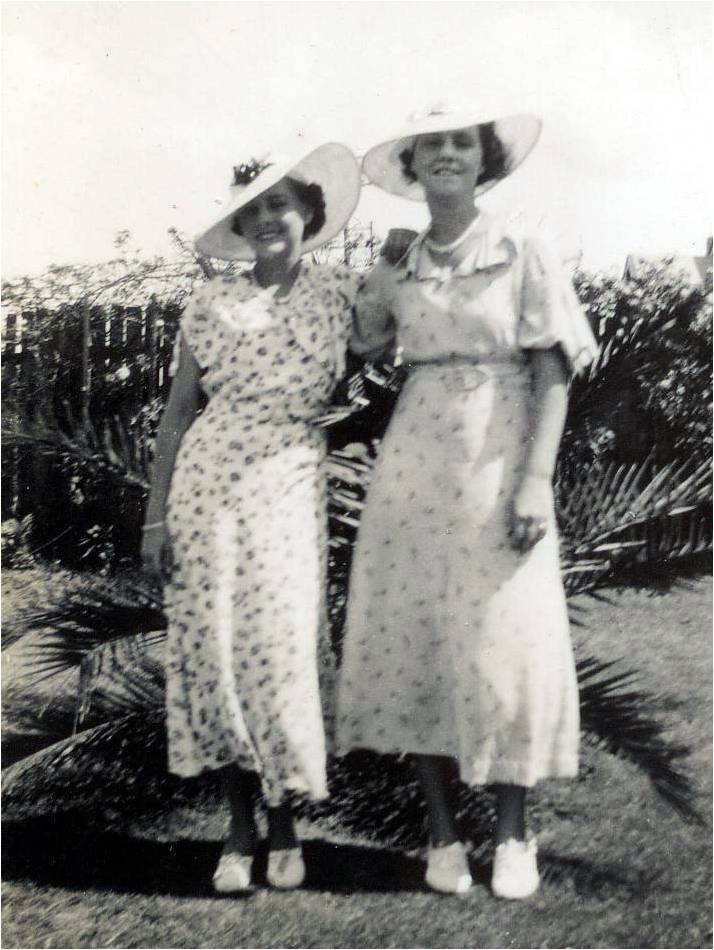 Each year everyone would get a new outfit for the Sunday School anniversary at Granville Methodist Church where the family attended and here is an example of the fashions modelled by Mum on the right and Edith Chegwidden on the left.

In 1933, Dad came down from the family orchard out at Mangrove Mountains to go to Parramatta High School and he lived with Grandpa Walter Pegler in Parramatta. On Sundays he would spend the day with his mother’s sister, Aunty Beat Jordan, who attended Granville Methodist Church. Dad remembers Mum from that time as follows:

“Just across the aisle was a class of very small girls, just graduated from the Kindergarten and they were taught by a most attractive red-headed girl called Jean Jackson, although I probably didn’t even know her name at that time. I remember her as a rather friendly tomboy although she joined with others to ‘kid’ me about my knickerbockers which my mother insisted I wear with my Sunday suit and which were a great embarrassment to me. I was nevertheless attracted to her although I was only 12 or 13 and she was 16 or 17. At that age, four or five years seemed like the proverbial generation gap. In any case, I went back to Mangrove late in 1934 and, I suppose, forgot about her. Or nearly so.”